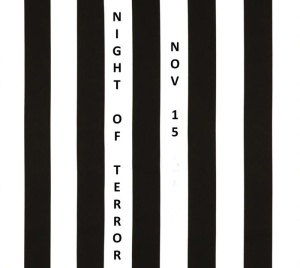 One more day to go on the “Night of Terror” blogging. I wouldn’t have predicted I’d make it to the end of this two-week stretch of daily blogging. It’s all for a good reason. November 15, 1917 became a “turning point” in the 72 year struggle for American women to win the right to vote.

Some people claim other turning points, like the March 1913 suffrage parade in Washington, DC, and the death of Votes for Women martyr Inez Milholland in 2016. But all these dates are related. It could be said they’re companion turning points culminating in the 1920 ratification of the 19th amendment. This is what the 2020 votes for women centennial will be all about…the 100th anniversary of the 19th Amendment. And oh, won’t it be great if the Turning Point Suffragist Memorial is completed on or before this suffrage centennial celebration. Follow news about suffrage centennials on email or Twitter.

This is why I urge you to join me in supporting the proposed suffragist memorial in Lorton, Virginia. The Washington, DC suffrage parade in 1913, followed by Inez Milholland’s death in 1916, directly led to the decision to picket the White House, and that became pivotal. Of course the unfinished American Revolution for women’s rights continues today. But that’s another story.

If there’s an enormous monument for Martin Luther King in the nation’s capitol, it makes sense for there to be a suffragist memorial not far away in Lorton, VA. Both monuments –the suffragist and civil rights monuments– acknowledge important parts of American history. If we believe in equality and justice for all, it’s important to affirm ALL manifestations of attempts to complete the American Revolution. We have a great deal to do: support our Mother Earth, achieve freedom and equality for everyone, plus much more. One piece of legislation –the 19th Amendment– expanded rights for more Americans than ever before and since. This at least deserves a memorial, don’t you think?

Follow Suffrage Wagon News Channel with email twice a week, as well as on Facebook and Twitter. Quarterly newsletters just by signing up. Join the conversation by commenting on the Suffrage Wagon blog. Stay up to date with audio podcasts and videos. Follow the news about suffrage centennials while celebrating women’s freedom to vote.